Cute and stylish crafts, projects, and DIYs from a proud craft dork.

A trio of St. Paddy’s Day coozies (and just in the nick of time).

You didn’t think I’d let my second favorite holiday pass without a theme project, did you? Well, I might in the future because these were a lot harder than they seemed. There’s not one of these that I didn’t have to restart at least once. I should probably be hiding that fact but, hey, I’ve had a couple of beers so let’s get real with each other.

First of all, I could not find a pattern for exactly what I wanted. You’d think there would be lots of other people with Venn diagrams of interests where knitting and beer overlapped, but I guess not. For the bottle coozie, I based it off of this pattern, adding in the stripes. This one worked out pretty well but I had to restart it after I realized that using the amount of stitches it said to cast on, it was gigantic (more like wine bottle size). I adjusted it from 56 stitches to 34. 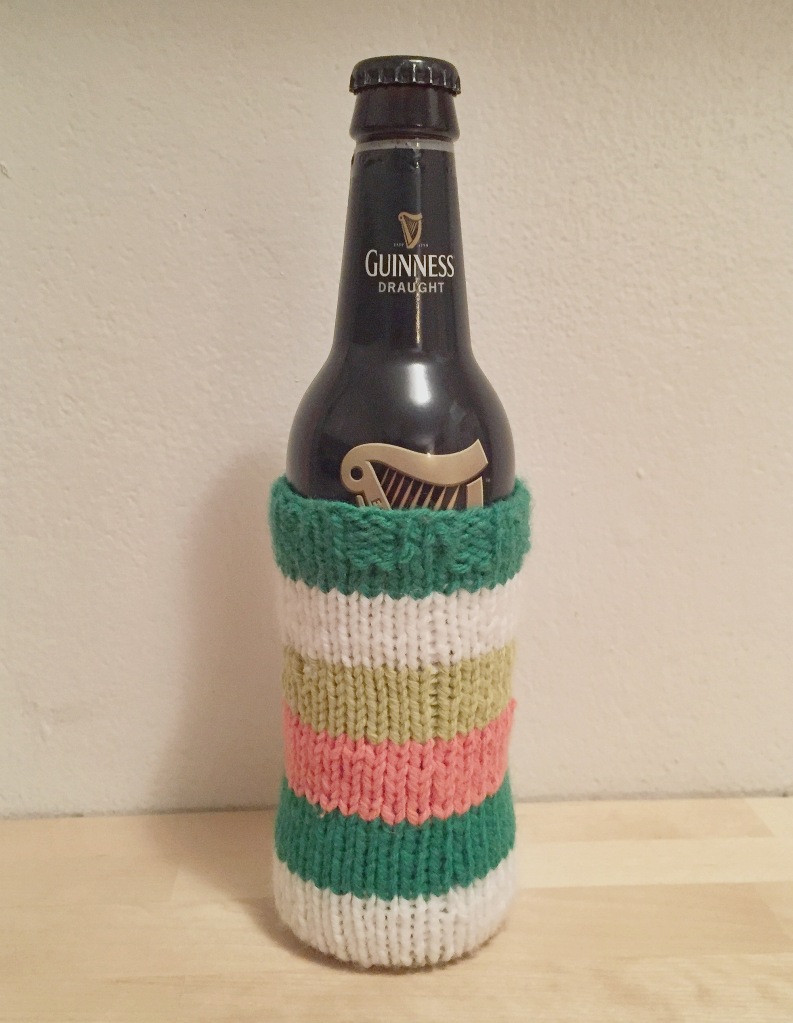 The next coozie turned out pretty well, at least compared to the first one. I adjusted the same pattern for the size of the can by measuring and multiplying stitches per inch. Stay in school, kids. Algebra is real life. Turns out checking gauge is actually a pretty good idea! Note for the future.

This next one was what I intended to do all along and had to work my way up to. While I knit the others in the round, I could not figure out how to get the intarsia clover pattern in there at the same time and ended up starting over. I knit it flat and then sewed it together up the seam. It turned out being much taller than I intended and also don’t look at the lower right leaf. I don’t know what happened there. I’m not even sure if this counts as a beer coozie. Any idea what else it could be? Whiskey bottle coozie? Arm band? Garbage? 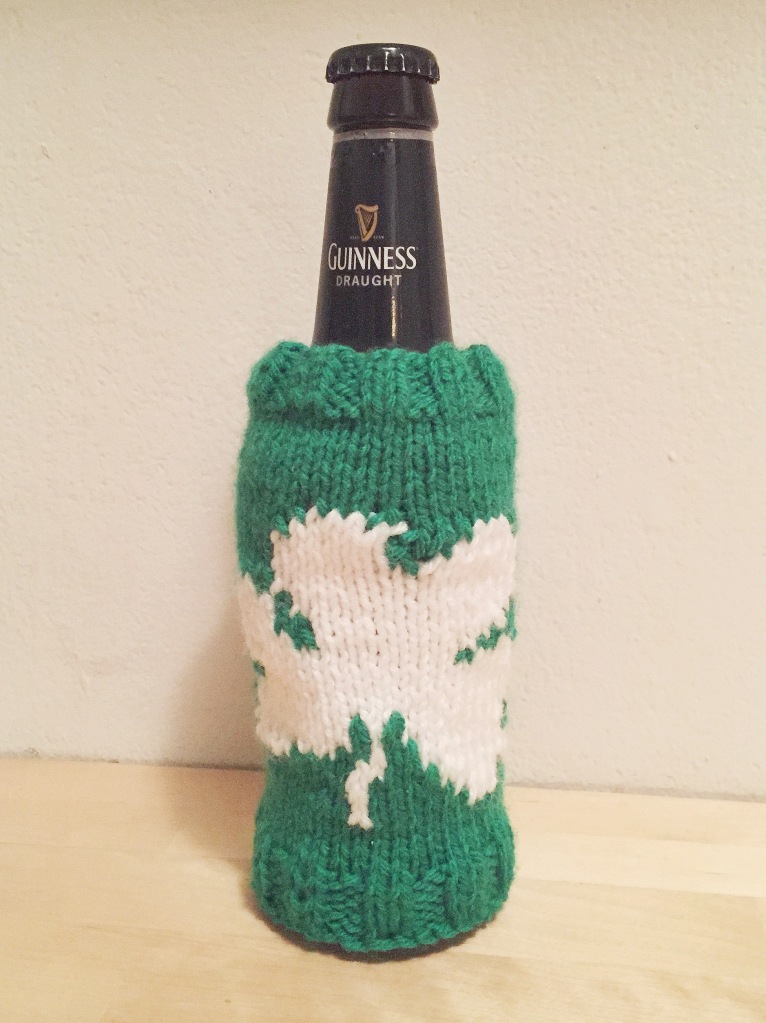 The fancy one. Hey, I tried.

I would say I’ll be making this next year but after these projects…maybe I’ll just stick to drinking beer. Happy St. Patrick’s Day everyone! Cheers!